Google has completely changed the landscape with the introduction of monthly Android security updates. Many OEMs like OnePlus, Realme, etc. now provide new features and improvements to their devices along with these security updates.

Realme has recently updated many of its devices with the July security update. And as expected, the security update also brought many new features to Realme devices. Among them, the Smooth scrolling feature which is a part of the realme Lab project.

The Smooth scrolling feature basically enables a visually faster and smoother effect while scrolling content. Also, the realme Lab project is meant to test the beta versions of many OS features that the OEM plans on adding. Nevertheless, the project currently offers only the Smooth scrolling feature to devices running on Realme UI (Android 10). It is still big news for Realme users and also a sign that the OEM intends on providing the best user experience.

Meanwhile, we hope Realme pushes the Smooth scrolling feature to remaining devices running on Realme UI (Android 10) soon. Also, if you own a Realme device and have already received this feature, feel free to drop a comment below and let us know how efficient it is. 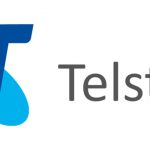