Realme provides many improvements and features in its Android security updates and July has been a big month for the OEM. Many features like the realme Link app, Realme Cloud Service, multi-user, etc. were provided to Realme devices with the July OTA. Let’s see what these devices are getting.

Now, the Realme X and XT are also receiving the multi-user and smooth scrolling features along with the July security patch. There are a bunch of other optimizations and improvements. While the update versions for both devices are different, the changelog is the same.

Here’s the common changelog for the Realme X and XT July update:

While Realme X2 Pro didn’t get any new features, there are still loads of fixes and optimizations. The dark mode interface display issue is now fixed along with the low minimum volume on Bluetooth headsets.

Also, there was an issue related to voice jam on Bluetooth headsets using LDAC codec which is now fixed. Apart from this, there is the updated July security patch and other improvements.

It seems that Realme software development teams are striving to deliver the most refined software. This is good news for Realme users as they get to experience quality software which is highly user-friendly as well as secure.

Meanwhile, you can check out our dedicated Realme section for more Realme-related coverage. 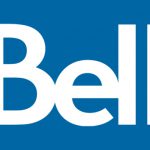