Realme has been providing its devices with the July security update. And now, Realme 5 Pro, Realme X2, and Realme X50 Pro are receiving it too. The OEM is known for fine tuning its software with the Android security updates.

It is a good sign because some issues that may appear minor or may not appear at all can be catastrophic at times. Also, it feels good when you receive a new update notification on your device. So, let’s see what all the Realme July update is bringing along.

The OEM has provided the smooth scrolling and multi-user features to Realme 5 Pro along with the July security patch. Also, there are fixes for some known issues and a couple of system optimizations.

Realme X2 also gets the smooth scrolling feature along with a bunch of fixes including the status bar display issue, phone manager overlapped text issue, and many more. The update also brings the July security patch and offers optimizations for flight mode and Bluetooth status.

It was reported earlier that Realme X50 Pro/Player Edition bagged the July security update A.21 with a lot of changes. Now, the OEM is rolling out update A.29 which brings the 5G Switch notification panel toggles and Autoplay feature among other changes.

While the July updates bring a lot of improvements to these Realme devices, it must be noted that it is a phased rollout. This means that the update will be delivered to all users in some time.

Meanwhile, keep checking your Realme device(s) for the update and stay tuned to PiunikaWeb for more such stories. 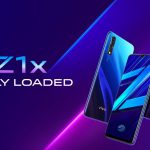