MIUI 12 continues to roll out steadily to more and more Xiaomi devices in line with the company’s roadmap to MIUI 12. We have a dedicated tracker to keep tabs on this rollout and you can check it out here.

The Xiaomi Redmi Note 8 Pro was unveiled back in September 2019 running Android 9 Pie out of the box. The device has since been updated to run Android 10 with Xiaomi’s MIUI 11 on top.

The device is eligible for an update to MIUI 12 and already, we have seen some important milestones on the same, most recent being the Global release, albeit for users in the Pilot test program.

Today, users of the Redmi Note 8 Pro in China have something to smile about as the company has just rolled out the MIUI 12 Stable Beta update for their device. This released MIUI 12 China Stable Beta bears the software version number V12.0.2.0.QGGCNXM.

In the update’s release notes, Xiaomi states that the newly released MIUI 12 China Stable Beta build for Redmi Note 8 Pro is currently being pushed to random users. It also states that this update will be through OTA and could be with/without a Changelog.

If you’d like to manually install this update on your device, below is the zip file.

That said, Xiaomi previously issued a public service announcement asking users of the Redmi Note 8 Pro not to manually flash firmware that is not meant for their specific devices and instead, wait for Xiaomi to roll out the right firmware update for their devices as an OTA update.

We, therefore, advise that you exercise caution while flashing any Beta updates on your device.

Xiaomi has released the stable MIUI 12 update for the Redmi Note 8 Pro in Europe. It arrives as software version 12.0.1.0.QGGEUXM, up from the MIUI 11-based version 11.0.3.0.QGGEUXM. The update is rolling out over the air. See the full story here.

IST 06:47 pm: Apparently, with the release of the MIUI 12 update for the Redmi Note 8 Pro, Xiaomi has finally added the AptX, AptX HD, and AptX Adaptive Bluetooth codecs that were previously missing from the device. To know more, head here. 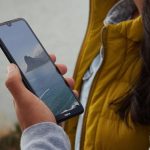