Stable ColorOS 7 update based on Android 10 has been rolling out to many OPPO devices since April 2020. The OEM also shared a roadmap which outlined that OPPO F15 ColorOS 7 update was due to come out in July.

Now, OPPO has confirmed that OPPO F15 users will start receiving the stable Android 10 based ColorOS 7 update from tomorrow (July 24). The OEM has been testing the latest update for OPPO F15 since June and all users can finally enjoy it now.

The announcement came from OPPO India customer support in the form of a tweet. While no other details about the update have been shared, it is still big news for OPPO F15 users who have been waiting for stable ColorOS 7 for some time.

Devices like OPPO F9, OPPO F9 Pro, OPPO A9, and many more have already received stable ColorOS 7 update on top of Android 10. However, OPPO R15 Pro and OPPO F15 were due to get it in July and the OEM appears to be holding on to its word so far. 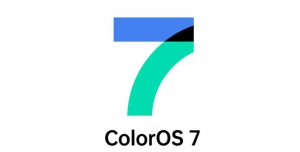 OPPO is not known for delivering timely updates considering it’s still pushing out Android 10 update to its devices. However, the OEM has already started testing Android 11 beta on OPPO Find X2 and OPPO Find X2 Pro.

This means that the OEM is looking forward to update at least these two devices with ColorOS 8 based on Android 11. Also, while we are not sure how OPPO picks up its devices for OS updates, we have prepared a list of devices that we think will receive Android 11 based ColorOS 8 update.

The stable ColorOS 7 update based on Android 10 is finally rolling out for the Oppo A91 and the Oppo F15 in many regions. Further, Oppo A91 users in China are also receiving the new update. Check out the full story here. 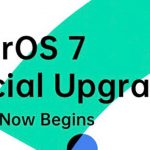