Samsung Galaxy M10 Android 10 (One UI 2) update scheduled to arrive in August, according to Samsung Turkey

The Galaxy M10 was part of the company’s latest series of smartphones aimed to take on Chinese OEMs such as Xiaomi. It released in 2019 running Android 8.1 Oreo. Since then, the device picked up Android 9 Pie alongside One UI.

Samsung is known to push at least two major Android updates for all its smartphones. Thus making the Galaxy M10 eligible for the update to Android 10. Earlier, we reported that the successor to the device, the M10s bagged the Android 10 update with One UI 2.0 on board.

Unfortunately, there was no word about when the Galaxy M10 will receive the update. But this is no longer the case. Thanks to a listing on Samsung’s official website for Turkey, we now have some information regarding the planned update date.

According to the software details for the Galaxy M10 on the site, Samsung is planning to release Android 10 for the device in August. Further, the update is in the testing phase.

Of course, this information is specifically meant for the Galaxy M10 sold in Turkey. The update might arrive earlier or later in other regions. Nonetheless, it should not be too long before we begin seeing the Android 10 update rollout for the Galaxy M10.

A few days ago, the company also released it for the Galaxy Tab A 2019 and the Tab S5e. Further, a few more eligible devices are yet to bag the new software version.

You can check out our Samsung Android 10 update tracker to know when it arrives on your device. We will post an update once the update goes live for the Galaxy M10. 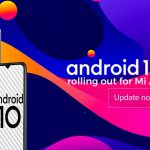