Samsung has a wide range of devices in the mid-range and budget segments. The company introduced the Galaxy M-series phones and it was well-received by the users.

Galaxy M10 series which included the Galaxy M10s was one of the best selling phones of the Korean OEM and helped the brand to capture a fair share in the mid-range and entry-level category. Taking about the One UI 2.0 update, it is currently live for the users in India and it is arriving with version number BTE5. The update also bumps the security patch level to May 2020.

But what more interesting is that, apart from all the Android 10 goodies, the update also triggers the VoWiFi (WiFi Calling) support on the device, allowing the users now, to make use of the WiFi network to connect calls.

It goes without saying that the update brings all the features of One UI 2.0 along with the core features of Android 10 to the table for the Samsung Galaxy M10s.

The update is seeding via OTA in batches and will take some time in arriving on all the Galaxy M10s units. However, if you are impatient and want to update your device right away with the One UI 2.0 (Android 10) update then, you can grab the update package file by using the firmware download tool, Frija. Frija tool downloads the updates directly from Samsung servers, meaning that your warranty will remain intact. You can check out our in-depth guide on Firja here to know more about this firmware grabbing tool.

As far as those who what to know whether the Galaxy M10s will pick up the Android 11 (One UI 3.0) update or not?

Well, as per our expectations, the Samsung Galaxy M10s will grab the One UI 3.0 update based on Android 11, as it comes with Android 9 Pie out of the box and Android 11 will be the device’s second and last OS update. Since this is not official information, we would advise our readers to take this information with a pinch of salt. 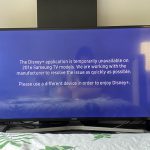 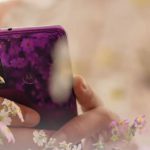