The Vivo V9 released in 2018 with Android 8.1 onboard alongside Funtouch OS 4. Since then, it has picked up the Android 9 update with Funtouch OS 9 on top. Vivo, like most other Android vendors releases at least 2 major Android updates for its phones.

Thus, the Vivo V9 is in line to receive an update to Android 10 with the company’s latest skin called Funtouch OS 10. This new skin based on Android 10 brings a host of new features to eligible devices. This new update has already been released for devices such as the Vivo V15 Pro, Z1 Pro and the Vivo Y17.

It now appears that Vivo V9 users don’t have to wait much longer for Android 10 to arrive on their devices too. A user shared a screenshot of the conversation with Vivo’s support team. According to the reply from Vivo, the R&D team is working on the update.

We are happy to inform you that, as our R&D team is working on it and they will soon roll out the update for this handset and you will get the notification in your handset.

Further, Android 10 will probably be the last major update that hits the Vivo V9 since this is the second major Android version that has been pushed for the device. You can check out our list of Vivo devices that might be eligible for the Android 11 update.

Of course, the list is not an official confirmation and is rather based on past trends and update cycles for the company. Nonetheless, we will continue tracking the rollout and will post and update if and when new information surfaces.

In a complete 360-degree turn of events, new information suggests that the Vivo V9 will not get the update to Android 10. This comes from a tweet by Vivo India claiming that the company has not yet planned to upgrade the device with Android 10.

Thank you for contacting vivo online support. vivo V9 handset is much stable with the current Android version, for now, hence we have not planned to update it yet. However, to ensure your best experience, we will keep updating the Funtouch OS version as always. 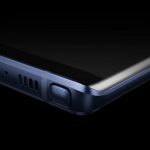 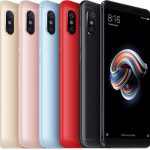