Xiaomi’s latest skin for Android phones is known as MIUI 12. It was first announced back in April and has since then been steadily rolling out to eligible devices.

Of course, the update did not make its way to all supported phones at once. Instead, Xiaomi is rolling out the update in phases. During the announcement, there was no mention of when the second batch of devices will begin receiving MIUI 12.

Well, it seems there’s some more good news for users. According to an official comment made on Weibo by the MIUI team, the second batch of devices will begin receiving the stable MIUI 12 update by the of July in China.

Here’s a screenshot of the comment that has been translated to English:

Earlier, we reported that the MIUI 12 beta for Redmi Note 7, Note 8, Mi Mix 3 and Mi CC9e was delayed. Whether this will also result in a delay for the stable MIUI 12 update is yet to be seen.

We also shared an alleged roadmap for the new skin for phase 2, 3, and 4. Unfortunately, there’s still no ETA for the devices in phase 3 and 4.

Usually, updates are first pushed for devices in China and make their way over to global units in a couple of weeks. Although, we can’t say for certain whether when the devices outside of China will begin receiving the stable MIUI 12 update.

The MIUI 12 update roadmap for the Global variants can be found here. Nonetheless, you can visit out MIUI 12 update tracker to know when it arrives on your device.

As usual, we will continue tracking the rollout and will provide more information on the matter if and when anything new pops up.

IST 01:31 pm: According to recent reports, Xiaomi has completed the release of MIUI 12 for eligible devices from the second batch. It will now be able to shift its focus to updating devices from the third-batch. See the full story here. 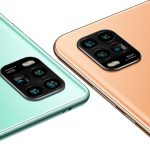