A few weeks ago, Oppo released the Android 10 beta update for some of its devices including the Oppo R15. ColorOS 7 brings a ton of new changes and improvements for Oppo devices.

This new skin is based on Android 10 and is already available on several smartphones from the company. And now the Oppo R15 has joined the list of devices running ColorOS 7. This comes just days after we reported about the ColorOS 7 update being delayed due to the COVID-19 situation.

The device launched back in 2018 with Android 8.1 Oreo onboard. Therefore, the Android 10 update is the second and probably last major Android update for the device. This is because the company often sticks to providing only two major Android version updates. Nonetheless, the stable Android 10 update for the Oppo R15 released just a few hours ago. Oppo made the announcement for the update via its community forum. The new software is being rolled out to users in Australia via an OTA update.

Moreover, the timing of the update ties in with the company’s Android 10 stable update release plan for July. So it’s good to see Oppo stick to its word.

While Oppo R15 users enjoy the new Android 10 update, the company is expected to release Android 10 for more devices soon. You can check out our Oppo Android 10 (ColorOS 7) update tracker to know when your device will receive the update.

Stay tuned to PinuikaWeb to know when the update makes its way over to other Oppo smartphones.

The stable update to ColorOS 7 based on Android 10 is now live for Chinese variants of the Oppo R15. Head here for the official announcement post. 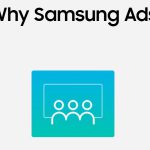 [Updated] Are ads showing up in stock apps on your Samsung Galaxy smartphone or smart TV?