If you own a Verizon variant of Motorola Moto G7, Samsung Galaxy A20, or A10e then, there is a new update available for you. Reportedly, Android 10 update is knocking the doors of the aforementioned Verizon carrier units.

Matter of fact, T-Mobile Moto G7 has also just pushed the Android 10 stable update of its variants. Now, it is time for Verizon Moto G7 users to experience Android 10 on their units.

The Verizon Moto G7 Android 10 update is tagged with version QPU30.52-23 and includes April 2020 security patchset. Here is what the official changelog reads:

See what’s new:
•Android 10: Android is more Secure and easier to use than ever. Check out the new gesture navigation, system-wide dark theme, and better notification control with suggested actions and silent groups. You also have more control over privacy and security to ensure that your data is always protected.
•Android security: Includes updates of Android security patches through April 1, 2020

Not only this but Verizon Galaxy A10e and Galaxy A20 are also picking up the stable Android 10 (One UI 2.0) update. Notably, the Korean and U.S. Galaxy A10e variants have already bagged the Android 10 update.

While Galaxy A20 Android 10 update has been served in multiple regions like Vietnam, Russia, Chile, Philippines, Mexico, India, and several others.

Here is what the common changelog reads:

Android OS 10 offers some of the newest ways to control your privacy, customize your phone, and get things done. It’s Android, just the way you want it.

With Sound Amplifier, your phone can boost sound, filter background noise, and fine tune to how you hear best. Whether talking to your best friend, watching TV, or listening to a lecture — just plug in your headphones and hear everything more clearly.
Smart Reply

In Android 10, you get more than just suggested responses to your messages. You also get recommended actions. So, if a friend asks you out to dinner, your phone will suggest you text thumbs up. Then, it’ll also pull up directions right in Google Maps. It even works in messaging apps like Signal.
Gesture Navigation

Gestures are now quicker and more intuitive than ever. Go backwards and forwards, pull up the homescreen, and swipe up to see your open apps. All super smooth.
Focus Mode

For getting in the zone and minimizing distractions. Turn on Focus mode with a single tap to pause apps that you’ve selected.

As usual, the updates for Verizon Moto G7, Galaxy A10e, and A20 have been released via OTA in batches and will take some time in hitting all the units. So, keep an eye on your notifications to grab the latest update. 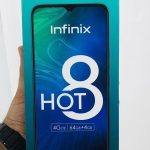 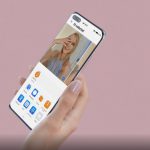