At least 35 Samsung Galaxy smartphones and tablets have received the stable One UI 2 update based on Android 10 operating system at the time of this writing.

The update has been rolling out since late November 2019, where the Galaxy S10 and Galaxy Note 10 series got it first. With the premium segment now done and dusted, the Korean company has turned attention to the budget and entry-level market.

Today, another member of the ever-growing Samsung Galaxy family is now making the switch from Android Pie to the stable Android 10. The Galaxy A10e is the device in question, but the rollout is happening in South Korea and the U.S. for now.

In Korea, the Galaxy A10e Android 10 update is arriving over the air as software version A102NKOU2BTE4, a target for the variant with model number SM-A102N. In the U.S., the update is available as version A102USQU6BTE4.

The Galaxy A10e has multiple variants with model numbers SM-A102N, SM-A102U, SM-A102U1, SM-A102DL, and SM-A102W. All of these variants bar SM-A102N are sold in North America as either unlocked or carrier-locked models.

Now that the Korean and U.S. variants have started receiving the update to Android 10, folks in Canada should also join the party soon, probably mid this month.

In addition to the One UI 2 goodies, the incoming Galaxy A10e Android 10 update also bumps the security patch level to the latest version available – June 2020. Like other OTA updates, it will take some time before all A10e units receive this one.

At this point, it’s unclear if and when the Galaxy A10e will receive the One UI 2.5 update, but you can rest assured that an official Samsung Android 11 update will be made available for this device complete with One UI 3.0.

The update to Android 10 for the Verizon branded Galaxy A10e is now live. Head here for more coverage. 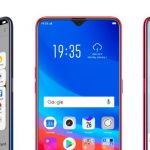 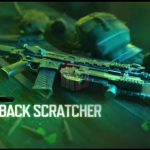