Xiaomi is getting ready for a busy schedule in the coming weeks with the rollout of the stable MIUI 12 update across the globe.

The company has already released the software to a handful of devices back at home as well as outside the Chinese market. In the latter case, the Mi 10 series already received the stable a while ago and now the same is happening with respect to the Redmi K20.

Also known as Xiaomi Mi 9T in other markets, the Redmi K20 MIUI 12 update is available over the air to the Chinese variant as firmware version V12.0.1.0.QJBCNXM, which is based on Android 10 operating system.

Typically, the gap between rolling out updates in China and other markets is usually about two weeks. Granted, the stable Redmi K20 MIUI 12 update should start rolling out in India before the end of this month.

The story should also be the same with respect to the Mi 9T MIUI 12 update across Europe and other regions where the device is also sold. But do note that nothing is confirmed yet, so take it with a pinch of salt.

Although there is a likelihood that the Mi 9T/Redmi K20 will also be upgraded to the official Xiaomi Android 11 update, only the newer Mi 10 and Mi 10 Pro have been invited into the beta program. The Poco F2 Pro has also been invited to join the party.

The MIUI 12 stable update has been released for the K20 Pro. Head here for more details.

The MIUI 12 update for the Mi 9T is now rolling out for the global units as well. Head here for more details.

MIUI 12.0.3 China beta stable for the Mi 9T/ K20 has been released. Head here for the official announcement. Here’s the download link: 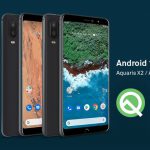