Xiaomi has this habit of releasing re-branded variants of smartphones sold in China in other markets, something that also affects its software update rollout plans.

Despite the Redmi K20 sharing the same attributes with Xiaomi Mi 9T, for instance, only the former has been upgraded to the stable MIUI 12 update in China.

The Mi 9T is also sold in India as the Redmi K20, but this variant is still running on the Mi Pilot version of MIUI 12 alongside its European counterpart ahead of the stable rollout.

Speaking of the stable rollout, folks using the Redmi K20 Pro on the China ROM are now receiving the update to MIUI 12 right now. The airborne update is arriving as MIUI 12.0.1.0.QFKCNXM based on Android 10 operating system.

The release of the Redmi K20 Pro MIUI 12 stable update in China should mean other regions will get it soon, probably in two or so weeks. This should be enough time to spread the MIUI 12 gospel across the globe, even on Mi 9T Pro models sold in Europe.

Speaking of, if you own the Mi 9T Pro and wouldn’t mind getting hands-on with the latest MIUI 12 stable version right now without sacrificing Google apps and services, the guys at Xiaomi.eu have a ready ROM based on the latest China stable update.

As usual, be sure that you know your way around flashing custom ROMs before taking this route, otherwise, stay patient and wait for the OTA download notification to MIUI 12 update, which should arrive very soon, probably before June ends.

Below are the download links to the two ROMs (official and Xiaomi.eu ROM).

The official announcement post is now live, which further adds that this rollout is limited to random device owners before a wider rollout once everything is confirmed to be perfect.

• The Update will be through OTA and will be with/without Changelog.

• ROM will be released to the Public after a successful preview of the Beta Stable ROM.
Source

The EU version of the MIUI 12 update for the Mi 9T has been delayed. Head here for more details. 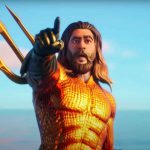 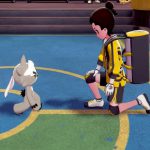