An avid fan of PiunikaWeb, one Benjamin Izadpanah, recently wowed the team with a cool infographic depicting the current state of Android 10 update based on our in-house coverage.

I must admit I didn’t see that coming, but it gives the best idea of how far Android 10 has come and the vendors that have rolled out the OS to their devices, including the dates the various devices picked up their updates.

Looking at the infographic reveals that Huawei has the most devices currently running Android 10. The company started rolling out the OS to the flagship P30 and Mate 20 series before switching to attention to midrangers like the Huawei P Smart 2019.

The latter picked up its first OS upgrade in early December 2019, but the rollout was limited to Europe. At the time, the update, which arrived with EMUI 10 on top, bundled an older security patch that was recently updated to the December patch level.

While folks in Europe were receiving their first post-EMUI 10 update, Huawei P Smart 2019 owners in other regions were still stuck on the older EMUI 9.1 based on Android Pie. But this changes today going forward.

As of this writing, the wider rollout of the Huawei P Smart 2019 EMUI 10 stable update has commenced. We already have reports from the Middle East that do confirm the rollout is ongoing.

Since this is a wider rollout of the new OS, various P Smart 2019 owners across the globe should now be able to download and install the update manually via the HiCare app. No need to wait for the OTA download notification that may take several days to show up.

The EMUI 10 update for the P Smart is now live in Chile. 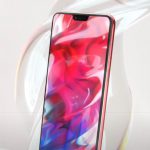 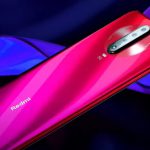