The wait is finally over for Vivo S5 users because Chinese OEM Vivo has now started rolling out the Android 10 stable update along with Funtouch OS 10 for the units. It is currently live for users in China.

Not only this, but Vivo Z3x is also receiving Funtouch OS 10 beta update as I write this. Notably, this update is based on Android 10 as well.

For a reminder, the Vivo S5 Android 10 beta recruitment began back in March 2020 and the early adopters bagged the beta update in April 2020.

And by taking a look at the user comments on the post, it reveals that this is the stable Android 10 update for Vivo S5 smartphone. Talking about the update, it arrives with version number V6.10.2 and weighs in around 3.8 GB in size.

Now coming to the Android 10 Funtouch OS 10 beta update for Vivo Z3x, it arrives with version number V8.8.7 and weighs in around 3.34 GB in size. It is live for beta users in China. Here is what the complete changelog reads:

The new version brings you a more stable system, looking forward to your upgrade!

[Jovi]
– The Jovi homepage has a new look, the new Jovi homepage will straighten all kinds of information
– The appearance of the gull is in front of your eyes, making you easy to spend every day
– Update driving scene function, Jovi voice, rich shortcuts,
– Knowing how to solve poverty, calling and broadcasting will bring you in the strike environment
– More convenient user experience
– Jovi Internet of Things upgrade, combined with Al capabilities, can now automatically make friends home
– Smart hardware in the office or office to help you quickly connect devices, work
– Intelligent control of your smart hardware through voice and scene settings The update for both Vivo S5 and Vivo Z3x has been pushed via OTA in batches and will take some time to reach the respective devices. So keep a close eye on your notification panel for this new update. 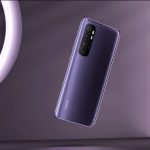