Following the official rollout of the Mi A2 Lite Android 10 update last month, multiple people reported the firmware was bricking their devices by sending them into bootloop, forcing Xiaomi to pull the update.

The company later revealed that it was working on fixing the issues in the firmware with an aim of pushing the patched-up version in a couple or so weeks.

Towards the end of last month, reports emerged that the update to Android 10 had been re-released for a handful of units, but the tables quickly turned when reports of Pie-based March security updates started showing up a few days later.

Well, today, we now have multiple reports from Mi A2 Lite owners confirming that they have been prompted to install a new software build. The OTA package weighs in at 1.15GB and has the following changelog:

Given the issues the initial update tagged along, many of those who have been prompted to install the latest firmware are still hesitant. You might also want to hold your horses while you keep an eye on performance reports from early adopters.

Xiaomi’s Android One software updates have been more than a disaster, to say the least. Granted, there is no guarantee that the incoming Mi A2 Lite update will be better than the previous version.

The company has yet to make an official statement regarding the availability of the patched-up Mi A2 Lite Android 10 update, but given the many reports doing rounds, it won’t be long before we get an official announcement.

We will also be keeping an eye on the download link for those who can’t wait for the OTA download notification to arrive, probably in a few days or weeks for that matter.

Thanks for the tip, Haruncan Elmas!

The official announcement post for Mi A2 Lite Android 10 update is now up which says the currently circulation update (V11.0.4.0.QDLMIXM) has been partially released and the OTA will be pushed to random users in phases. So it may take time to hit all devices (if no major bug/issue shows up).

In addition, the forms moderator has also confirmed the device bricking/bootloop issue triggered by the last update has been fixed in the latest release.

The Android 10 update for the Mi A2 Lite has brought in an end number of bugs. Head here for more coverage.

The download link needed for the manual installation of the Mi A2 Lite Android 10 update is now available.

The update to Android 10 for the Mi A2 Lite is now live in Mexico.

The Android 10 update is now live for the Mi A2 Lite in Colombia. 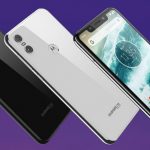