Realme kick-started the Android 10 (Realme UI) beta testing program in the second week of May for both the Realme 5S and 5. Interestingly, the Realme 5i users were left out citing that some bugs need to be resolved in the beta update.

Just a moment ago, we came up with a report that the Android 10 based Realme UI stable update is now officially rolling out for the Realme 5s and Realme 5 users.

The updates, as expected, bring in all the Realme UI features and the core Android 10 features baked in with them for both the devices, and users are pretty eager to get their hands on the Android 10 update.

However, not everyone will be served with the stable update, as OEM pushes OTAs in a staggered manner and it takes time to knock the doors of every device.

While some wait for the official Android 10 OTA to arrive on their Realme 5s and 5, users who are impatient and want to get their hands on the update right away can register for the early bird application channel to receive the stable update in the same time when it officially rolls out.

As the seats are limited, Realme 5s and 5 users need to hurry up and register themselves because it is based on a first-come-first-serve basis.

Those who are interested in receiving the updates at the same time when it is officially pushed for the Realme 5s and 5, firstly, you need to make sure that you are running the RMX1911EX_11_A.29 on your phones.

Once that is done, head over to Settings> Software Update> Click the top right button> Enter Trial Version Upgrade and choose the Stable Release for Realme 5S and Realme 5.

The steps are explained in the image below, for your reference:

Registered users who come across any bugs related to the updates on their phones can head over to the below link to report them to the OEM for a quick resolution:

Thanks for the tip Ashutosh! 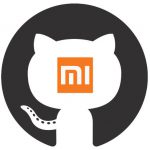