Xiaomi Mi A2 Android 10-based May security update arrives

Being under the Android One program, the Xiaomi Mi A2 was among some of the first devices from the OEM that picked up the Android 10 update, earlier this year.

However, the update was soon halted by Xiaomi for reasons which the company did not felt important to explain to its users.

But, thanks to all their past performance of halting the updates, it was clear that the Mi A2 Android 10 update carried some bugs which needed to be resolved, hence, the pause in the rollout.

Fortunately, it did not take long for Xiaomi to fix the bugs in the update and the company soon re-released the Android 10 update along with January 2020 security patchset for the Mi A2.

Fast forward to now, Xiaomi is seeding a new Android 10-based May 2020 security patchset for the Mi A2. Well, the update weighs in a mere 8.34 MB as reported by several users, which definitely means that the update is purely incremental in nature.

Weirdly though, the above post also points out the fact that the user had to install the update two times because the first time this May update froze the Mi A2 for some time with the message “optimizing system apps.” It was only the second time which the user got success in installing the update.

But, going by one of the user reports on XDA, it seems like the same update for some of the users weighs in around 23.79 MB in size, although it only brings the May 2020 security patchset.

So, it seems like the update size varies according to region but all in all, it just bumps the security patch level to May 2020. If you have been following PiunikaWeb then you might have noticed that a similar update was pushed for the Mi A2 Lite, yesterday.

And without any software update policy, it is pretty tricky to say whether the Xiaomi Mi A2 will pick up the Android 11 or the MIUI 12 update or not? Rest assured, we will keep you posted if we have any info in that regard. 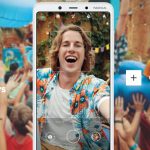 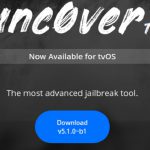