While Android 11 Beta 1 is getting ready to roll out on June 3 via an online video event, several smartphones are still in line to pick up the Android 10 update. One of which is the LG G8X ThinQ.

The ambitious, dual-screen LG G8X ThinQ was launched back in 2019 by the Korean OEM, to sort of, give the users a different perspective on how different the term “dual-screen” can be used for a smartphone.

Without going in for a flip or fold design, LG used an altogether different approach via a case with a screen, where once you slap the LG G8X ThinQ device on it, it will light up the second display making it a dual-display phone.

And if we go by recent reports, the Android 10 update is live for the LG G8X ThinQ Sprint variant. The update also brings the new LG UX 9.0 custom UI for the device.

As seen from the screenshot shared by the user on Reddit, the update brings night mode, darkened wallpapers, revamped icons and colors, smoother animations, full-screen gestures, and refined interactions for the LG G8X ThinQ.

Moreover, there are several other user reports where the  Sprint LG G8X ThinQ users are gushing about the Android. One user pointed out that after the Android 10 update the dual-screen can now be kept ON, even while folded.

As far as the Android 11 update is concerned, as per our expectations, the LG G8X ThinQ will surely get one more Android OS update in the form of Android 11 (LG UX 10). But as of now, there is no official confirmation as the update is yet to be unveiled.

The official announcement is now up.

The Android 10 update for the LG G8X ThinQ is now live for the unlocked variants. 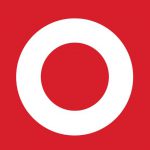 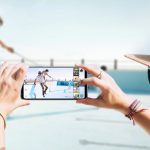