We have already seen the initial builds of the next version of Android, Android R being released as Developer Previews. This means that the once new and shiny Android 10 is not new anymore.

At this point, many eligible devices have already been updated to the new version of Android by their OEMs. Also, most new phones come running the build of Android out-of-the-box.

The LG G8 has been updated to Android 10 already. At least most variants have been. We have seen the Sprint variant being among the first of its kind to get updated, then came the Verizon model after it.

The AT&T model in then US was next to roll out this build of Android and the US Unlocked variant of the LG G8 followed all these. One variant was left behind, the T-Mobile variant of the same.

But not anymore as the US Carrier is finally rolling out the much-awaited Android 10 build to the T-Mobile LG G8. The update brings quite a lot, according to the changelog at least. Other than an updated base, the update now introduces support for LG Pay and fixes various bugs while also improving security.

T-Mobile also says in the update notification, that the update will auto-install on the night of February 29th should the user choose not to install the update immediately. It is also important to note that the update, however heavy, will not be billed against the user’s existing bundles.

The LG G8 was first launched in early 2019 and ran Android 9 Pie at launch. This is the first major Android update that this device is getting.

NOTE: We have these and many more LG-related stories in our dedicated LG-section. Check it out for the very latest. 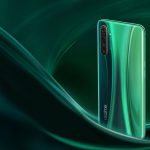