The stable LG G8 ThinQ Android 10 update started rolling out in South Korea over the weekend, becoming the first LG device to receive the OS.

It’s not unusual for LG devices to first pick up major OS updates in Korea, but we haven’t heard any communication from LG regarding the availability of the stable Android 10 in markets outside Korea.

This has left everyone guessing when their LG handset will get the new OS, but it seems the wait won’t last long for Sprint owners of the LG G8 ThinQ in the U.S.

An alleged stable Android 10 firmware meant for Sprints LG G8 ThinQ has been spotted online by the LG-centric publication MyLGPhones.

The firmware, which is meant to work on a G8 ThinQ variant with model number LMG820UM0, has software build number V20a. According to the publication, this is the final firmware that should be released over the air (OTA) to this variant as the stable version, probably this December.

Even better is that you don’t have to wait for the unknown when we have the said LG G8 ThinQ Android 10 firmware for manual installation. Yeah, you can already install the new OS on your Sprint G8 ThinQ right now.

Wondering how to? Well, the same procedure used to install the early version of Android 10 to Sprint’s LG V50 ThinQ is applicable. You can find more details about it here.

If you are up for the task, you can grab Sprints LG G8 ThinQ Android 10 firmware from the link below and install it manually.

It’s unlikely that you might find the new Android 10 firmware unpleasant to use on your LG G8 ThinQ, but just in case, you can always go back to the stable Android Pie update. This XDA thread, although for the V50 ThinQ, has the guide you need to roll back to Pie.

Sprint has finally started to deliver the stable Android 10 update for LG G8 ThinQ. The build (v20d) is slightly newer the projected one (v20a) and comes with December 2019 security patch.

Thanks jericho246 for the screenshots.

According to several users, Verizon is also rolling out the Android 10 update for LG G8 ThinQ.

The software version is G820UM20A and it features December 2019 security patch. Surprisingly, Verizon’s own update tracker hasn’t been revised yet.

NOTE: For more LG-related stuff, check out this section. We also have more Android 10 coverage here. 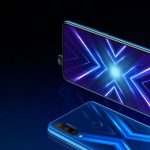 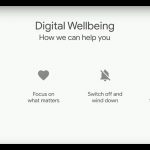