LG smartphones have always been deprived of the latest updates and it seems that there is no attempt from the LG to fix that. However, If you own an LG G8 ThinQ then there is a new update waiting for you.

In fact, recently, Verizon and Sprint have also pushed the Android 10 update for the LG G8 ThinQ. Although users on T-Mobile carrier has received the January 2020 patchset, it is still based on Android 9 Pie.

Cut to now, this new update for the US unlocked variant comes with the build V20a and weighs in around 1.9 GB in size. So, it is recommended that you use a stable internet connection to download the update.

According to the changelog, nothing much can be said about the other improvements apart from Android 10 this new update brings in for the device.

However, going by one user’s report this new update adds a new UI update as well as January 2020 security patchset for the LG G8 ThinQ device.

the US unlocked version of the LG G8 thinq(LM-G820QM) has recieved the update for android 10. It includes the ui update and january security patch as far as ive seen.

Reportedly, the Android 10 update for US carrier Xfinity Mobile LG G8 ThinQ model is now rolling out. The update arrives with software version G820QM520d and also brings January 2020 patchset for the device.

According to a report, US Cellular is also being served with the Android 10 update for the G8 ThinQ smartphone. The airborne update arrives with version number G820UM20B and tags along January security patch.

The Amazon Edition of LG G8 ThinQ (model number LMG820QM) is also getting the Android 10 update. The airborne update is arriving with version number G820QM21B and brings in the latest security patch.

However, there is no information on which month’s security patch it is. You can upgrade your devices right away by downloading the Android 10 firmware file for the Amazon LG G8 ThinQ from below:

According to a new report by My LG Phones, The update is now rolling out in Canada as well. It arrives with the version number G820UM20d and packs in the January 2020 security patchset as well.

Note: You can check out our dedicated LG section for reading such more similar stories. 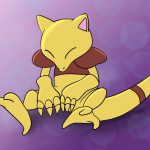 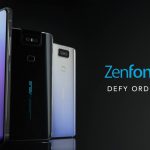