Original story (published on May 9) follows:

It was nice to see, a brand like LG, which is not known for rolling out timely updates, keeping a 2018 device, i.e. the LG G7 ThinQ in the Android 10 update roadmap.

The company hinted a little while ago that the Android 10 update for the G7 ThinQ was around the corner, as they pushed the Android 10 based Kernel source code, also giving the developers a license to come up with Android 10-based custom ROMs for the device.

Then right at the end of April, a video by one of the Redditors surfaced the internet which gave us the first glimpse of Android 10 OS running on the LG G7 ThinQ unit.

The beta test comes to an end on 7.5.20 which falls today. The next update will be a flashable kdz file and a stable Android 10 for our dear G7. Will keep you posted for the final kdz

The author of this post has stated LG Korea as the source of this information, but we would advise our users to take this information as a pinch of salt until something official comes up.

However, if we go by the post, it means that the device will pick up the Android 10 update in the home country first, followed by other regions.

Keep in mind that the LG G7 ThinQ came with Android 8 Oreo out of the box and this Android 10 update will be ideally its second and last Android OS update. As far as Android 11 is concerned, we do not expect the device to be upgraded.

We will keep our eyes on the lookout regarding the Android 10 update for the LG G7 Thinq. In the meantime, you can head over to our dedicated LG smartphone section to read such similar stories regarding LG phones.

The stable update to Android 10 is now live for the LG G7 ThinQ. Head here for complete coverage. 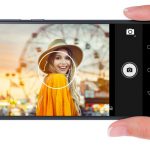