LG is awaiting the launch of its new Velvet series on May 7, 2020, and side by side the company is also busy with upgrading its phones with the Android 10 update.

Quite a few phones from LG has already picked up Android 10 update, and by the looks of it, LG G7 ThinQ might also get the update pretty soon, because as per recent reports, a glimpse of LG G7 ThinQ running Android 10 has surfaced the internet.

Now to give you some context, as per the Android 10 update plan released by LG at the beginning of April, the LG G7 ThinQ is slated to get the update somewhere in Q2 of 2020. The Korean units of the LG G7 ThinQ have already picked up two Android 10 beta updates, the recent beta 2 bringing the April security patch for the device.

Cut to now, as per a Reddit post, all the new features of the Android 10 for the G7 ThinQ can be seen on a video that has been attached along with the post. Check out for yourself:

In the video above, we can see all the new features that Android 10 update is expected to bring for the device like dial pad, messages, Smart Bulletin, new notification panel, AOD(Always on Display), One-handed mode, revamped navigation bar, recent apps, night mode, and Bubbles.

Notably, with Android 10, LG will also bump its custom UI to LG UX 9, which is vastly inspired by Samsung’s One UI. Talking about features, it will bring, new icons, night mode, revamped phone dialer, new gallery app, enhanced security topping that up with Android 10 core features, which can be seen in the video above.

While it will be interesting to see when the stable Android 10 update arrives for the G7 ThinQ. But, if you are in a hurry and cannot wait to test out Android 10 features, you can install the unofficial version of LineageOS 17.1 which is available for the LG G7 ThinQ. 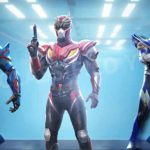