The Chinese OEM Oneplus initially layered its phones with the CyanogenOS. Later on, they built their own Android skin and named it the OxygenOS. While initially, it appeared unfinished and required work, the OEM kept on optimizing and adding new features to it.

At present, OxygenOS is among the most appreciated Android OS. It goes without saying that OnePlus highly values user feedback. Time and again, the OEM has added features and enhancements proposed through discussions at the community or based on user demand.

Sometime back, Oneplus started IDEAS – a campaign through which users could submit feature requests for evaluation. The campaign ran for eight weeks and received 5000 new ideas. Oneplus has filtered out some more of the common demanded features and revealed the ones that’ll make way to the OxygenOS.

The company earlier confirmed they’re working on adding Always-on Display (AOD). And now, they’ve shared a timeline for it. They say the development will be done by June and AOD will most likely be added to the Closed/Open Beta somewhere in August or September.

Always on Display – development to be finished around June, CBT/OBT coming in Aug/Sep [subject to changes, there are various factors working] Besides this, the OEM also plans to add a full charge notification sound – whenever the moment your phone charges to 100%, it will notify you with a sound so that you can plug it out. Apart from that, some new features for the Zen Mode and folders within the app drawer are also on cards.

All these mentioned features are part of the OxygenOS roadmap and should be added sooner or later. So hang tight. Rest assured, we will keep you updated with all relevant developments.

OxygenOS 11 based on Android 11 might indeed bring the much-awaited Always on Display (AOD) feature to OnePlus devices as suggested by OnePlus’ CEO, Pete Lau via a tweet. See the full story here. 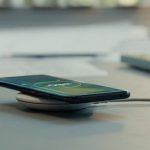