OnePlus in March 2020 announced a new program dubbed OnePlus IDEAS. As the name suggests, this is where the wider OnePlus community can share their ideas on the features the company should add to future versions of its popular OxygenOS skin.

As expected, the program is being swarmed with ideas from the many OnePlus fans out there. However, not all of them can be adopted. Matter of fact, OnePlus staff has some fresh feedback on some of the feature requests made by users in the recent past.

Last time out, we reported about the Edge notification light and AOD features being under consideration, with the company further confirming the latter feature in a tweet.

In another series of responses to contributions in the OnePlus IDEAS program, the company has now confirmed that a couple of new features are under consideration, namely custom fingerprint animation and a real-time weather app.

As of now, there are only three animations, none of which interests some OnePlus fans, who end up with selecting none. But at some point, God knows when, OnePlus says custom animations will be supported on their devices.

Phase 1: We will consider adding more fingerprint animation to the system. One of the biggest challenges in this stage is to decide what options to provide. Everyone has different preferences and tastes, it’s hard to have a single solution for all. So, we’ll discuss this with designers, stakeholders, our users to hand-pick new designs in the future so as to guarantee the design is favored by the majority.

Phase 2: We intend to allow our users to customize the animation themselves. Getting this implemented as desired may require greater efforts than anticipated. Previously our designers had to adjust the animation frame by frame to optimize the unlocking experience. However, we think this is a possibility worth exploring.
Source

As far as the real-time weather wallpaper is concerned, the company has the following to say:

Hi Batman360, thanks for sharing this cool idea via Community platform and we like it! For now it’s under consideration and we will explore your idea. It also delights us to see how so many users love the animation design in our Weather app.

It’s an interesting idea to indicate weather condition on the Live Wallpaper. A good shout from you there! Do keep more ideas coming. We really appreciate it and would carefully review the possibility of your ideas.
Source

Unfortunately, though, there is no room for a dedicated study mode. Apparently, there is “some overlap to some already existing features like do not disturb mode, reading mode, screen lock and timer that can satisfy your needs.”

OnePlus also says devs may consider adding the ability to prevent some apps like games and social apps from launching in a future Zen Mode update. 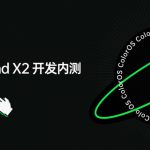 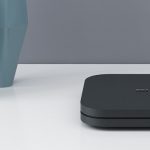