OxygenOS is one of the few skins that ship with features and customization options that are actually useful to the end-user. But the best part is that it manages to pack all these tweaks while sticking to a near-stock Android finish. Nothing short is expected of OxygenOS 11.

OnePlus has best-achieved this feat by giving a close ear to its community – a community that has grown exponentially over the past five or so years, more so in markets like India. By directly engaging the community, OnePlus is able to collect valuable feedback to help improve its products.

Recently, the company took its community engagement efforts a notch higher by unveiling what it calls OnePlus IDEAS platform. As the name suggests, this is where users share various feedback on how OnePlus can improve products, more so OxygenOS.

Three or so weeks after the program kicked off, plenty of feature suggestions are already flocking the platform and OnePlus staff is equally at it with responses to some noteworthy feedback from users. In this article, we highlight some of these responses.

With OnePlus now dining on the same table with the likes of Samsung, fans now want the Chinese vendor to take on the Koreans DeX feature. With Samsung DeX, owners of certain Galaxy devices can turn their handsets into killer desktop computers.

Since the DeX platform is baked into Samsung’s One UI software, all you need is a monitor, HDMI adaptor and the necessary peripherals you need to have a complete PC set. Unfortunately for OnePlus DeX enthusiasts, the company says this feature isn’t in plans, at least not for now.

We will hold our opinion about Samsung’s solution, but we do agree that a more seamless connection between smartphones and computers should be provided. We discussed it internally and we believe that, when our fans use a smartphone in tandem with a computer, they mainly focus on three things: file transfer, notifications, and controlling the phone via the PC. We need to have more insights about this idea, so once again we are requesting our Community’s feedback. To help us understand exactly how this idea could be beneficial, we ask every Community member that’s reading this to comment below their vision about it.
Source

The story is pretty much the same with those yearning for a perfect camera implementation for the Google Camera (GCam) port for better photography as well as the lot eying for an enhanced Alert slider with more customization options.

In the former case, OnePlus says it won’t be redirecting its efforts to perfect the functionality of a third-party app. Instead, it will be focusing on improving the stock camera app, especially since more than 98% rely on the built-in version.

While many will agree the Alert slider is one of the best additions to OnePlus devices, some out there still believe OnePlus is underutilizing this great tool. To make it better, suggestions like the ability to toggle between Ringtone/DND/Flight/Silent modes have popped up.

Others say adding the option to play or stop music would be a killer for them, but the general consensus is the need for a customizable Alert slider and not just having fixed options.

Unfortunately, that’s not in consideration at the moment due to the difficulty of implementing both hardware and software functions to the Alert slider, but OnePlus is keeping options open.

Even though it’s not on our roadmap right now, we would love to explore more possibilities around the Alert Slider. Please keep the ideas coming!
Source

Through the same IDEAS platform, OnePlus has also confirmed that it is considering adding support for Always on Display (AOD) to OxygenOS in the future following “another round of more thorough evaluation.”

However, it’s not known when AOD will be made available, with OnePlus claiming it’s not a simple toggle, rather, it involves “many complicated factors due to a direct implication with hardware.”

To reach a faster conclusion, we’re currently working on a test applied to the power consumption of the AOD in a device with a higher refresh rate display. If the test results meet our quality standards (≤ 150 mAh), we’ll consider placing it under OnePlus Laboratory. Please stay tuned as we will share the results of the tests with our Community next week and bring you more updates!
Source

In the case of Edge notification lights, the company also says the feature is under consideration, giving the same reasoning it gave for AOD regarding its implementation and possible availability.

OnePlus has now confirmed that Always-on-display (AOD) is on the cards.

The top IDEA is Always-On Display. We hear you, and our OS Product team has replied: it’s on our roadmap. 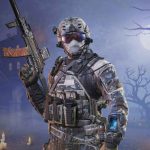