HTC made the first smartphone ever to ship running the Android operating system – the HTC Dream also known as T-Mobile G1 in the U.S. This was back in 2008. Fast-forward a little over a decade later, the company is almost non-existent.

The Taiwanese company’s smartphone division has been performing poorly for the better part of the last 5 or so years. Things got worse with the sale of part of its smartphone talent to Google. Today, HTC could well be on its knees having resorted to third-party manufactures to make phones.

There is word on the street that a new HTC Desire 20 Pro smartphone is in the works. No one knows when HTC plans to unveil this phone, but if it materializes, it will be a target for the mid-range market segment.

As for the premium market, it’s now close to two years since the HTC U12+ saw the light. Despite being eligible for an update to Android 10 OS, there is a lack of clarity on if and when the device will pick up the update.

On the brighter side, the good guys at Team Venom already have a working Android 10-based ViperExperience ROM for the U12+. The latest came out a couple of weeks ago complete with the April security patch, but it isn’t stable yet.

Now, in a tweet, the lead developer at Team Venom has confirmed that the HTC U11 Android 10 update can also be expected soon via the ViperExperience ROM. Of course, only Team Venom knows how long “soon” is in this case.

The internal test build is already up and running on the U11 as evidenced by the screengrabs below shared by the dev. Still, when the update arrives, it should be an Alpha version, you know, just like the current U12+ version that is currently on Alpha 2.

We will keep tabs on the developments and update this story when the said U11 Android 10-based build arrives. Hopefully, support will continue with the upcoming Android 11 update. 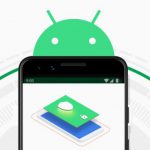 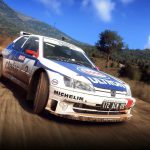