Shortly after Xiaomi announced MIUI 11 last September, the guys at Xiaomi.eu released the first ROM based on the then-latest from the Chinese smartphone company.

Similarly, it hasn’t taken the devs of the custom ROM any longer to deliver an update of their own to MIUI 12. Xiaomi unveiled MIUI 12 last month and as of this writing, multiple devices are already enjoying the beta version in China ahead of the stable release in June. It is from these China builds of MIUI 12 that the Xiaomi.eu project is basing the latest works. Just like the official MIUI 12 beta, multiple Mi and Redmi devices can now make the switch to the latest Xiaomi.eu MIUI 12 update.

The team has been providing modified MIUI ROMs for Xiaomi fans in the EU region for years and for sure, many have been looking forward to this day. The new Xiaomi.eu MIUI 12 update is available for over 20 Mi and Redmi handsets.

Apparently, support for the Redmi Note 8 Pro was dropped due to bricking issues that aren’t easy to fix, but things should change in the future. As for the rest, below is an image with all supported devices.

If you are interested in the MIUI 12 EU custom ROM, find the link for your model below.

You can also download the Xiaomi.eu MIUI 12 update ROMs from the team’s AndroidFileHost page here.

Note that installing this ROM requires an unlocked bootloader and TWRP installed on the device in question. If none of these sounds familiar, you might want to chill until the official OTA update arrives somewhere after June 2020.

The MIUI 12 closed China beta is out. Head here for steps on how to flash the ROM on your Xiaomi device. 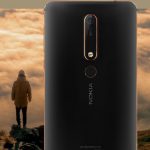