"No feature updates" for Xiaomi devices until MIUI 12 releases, only bug fixes & security patches for now

A new software update is what many smartphone owners live for. After all, this is the only way a phone’s performance can be improved after purchasing it from the vendor.

Over the years, Xiaomi has proven to be one dedicated company when it comes to providing users with new features through its prolonged MIUI updates. The company is notorious for pushing up to three or more MIUI updates to some of its devices, tagging along a flurry of new features.

While some devices hardly get major Android OS updates while at it, they end up with some of the new features that Google bakes into the new OS via these MIUI overhauls. The latest, MIUI 12 update, will be ready for a stable rollout in June, but only for the China ROM.

No one knows when the global ROM will gain support for MIUI 12, but it shouldn’t be long after the China ROM leaves the beta channel. And according to a moderator in the Mi forums, this is when Mi, Redmi, and Poco devices can expect to get updates with new features.

Security patch updates comes with the Stable ROM as always, which are released every 30-60 days. Until MIUI 12 is released, no feature updates will be available – the updates will focus only on stability and bug fixes, along with security patches.
Source

Sure, there will still be new software updates between now and the release of the stable MIUI 12 update. However, these will only focus on improving system stability, fixing bugs, and patching up security holes. That’s still a welcome idea if you ask me.

Of course, stay tuned to PiunikaWeb for updates on when MIUI 12 begins rolling out. You may also want to check out if your device stands a chance of getting the official Xiaomi Android 11 update. 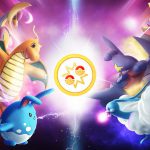