Realme is a company, that has been following its update roadmap quite closely and has been rolling out updates on time for its devices. Realme X2 users also were fortunate enough to grab the Android 10 update, right at the beginning of this month.

Moreover, within a short span of time, the company officially confirmed that the Android 10 (Realme UI) update has been released for all the Realme X2 users.

But, Realme overlooked some of the bugs with this update, because as per several reports, users pointed out the PUBG lag, battery drain issue, front camera lag, and various other issues after the Android 10 update on the Realme X2. Since then, there have been no updates from the company for the Realme X2, and users were waiting for a bug fix to resolve the aforementioned issues.

However, it seems like the company has acknowledged these issues and has rolled out a bugfix update for the Realme X2, which also bumps the security patch level to the latest, April 2020.

Talking about this new bugfix update, it arrives with version number C.06 and weighs in around 342 MB in size. The update is all about the bug fixes that have surfaced the Realme X2 after the Android 10 update.

Here is the complete changelog of the update: This update is pretty important for the Realme X2 users considering the number of bugfixes it brings. So, if you haven’t received the notification for the update yet, then you can head over to Settings>>Software Update to manually check for it. 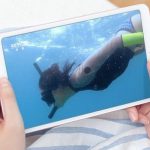