Well, these days, smartphone manufacturers are either coming up with lame reasons for the delay of security or firmware updates or their responses are pretty generic, leaving behind no clue for the users, whether to expect an update or not.

Quoting the current COVID-19 pandemic as the reason behind the delay or non-availability of the Android 10 update is understandable, but simply stating that the firmware update is not yet planned is pretty incogitable.

The vivo S1 handset is much stable with the current Android version, for now, hence we have not planned to update it yet. However, to ensure your best experience, we will keep updating the Funtouch OS version as always. The vivo V11Pro handset is much stable with the current Android version, for now, hence we have not planned to update it yet. However, to ensure your best experience, we will keep updating the Funtouch OS version as always. Turning the situation worse, as per a user shared screenshot, Vivo chat support has completely ruled Android 10 (Funtouch OS 10) updates out of the cards for the Vivo V11Pro, saying that the V11Pro will not be upgraded to Android Q.

Clearly, it seems like Vivo has no plans in updating its devices with the Android 10 (Funtouch OS 10) as we have seen a similar statement coming from Vivo India for the Vivo Z1Pro, yesterday.

While the V11Pro should be getting its last major OS update, the Android 10 (Funtouch OS 10) would have been the first major firmware update for the Vivo S1 device.

Now, what exactly Vivo wants us to make out of the statement “not planned yet”, is pretty unclear. Let us know your thoughts on this development in the comments section below.

The beta FuntouchOS 10 recruitment for the Vivo S1 has finally begins. Head here for the complete covereage.

According to sources from Vivo’s R&D team the Android 10 update the Vivo V11 and the V11 Pro is expected to arrive in August. Head here for further coverage.

The beta recruitment to FuntouchOS 10 for the Vivo S1 has begun. Head here for more details.

The beta update to Android 10 for the Vivo S1 is now live. Head here for more details.

The grayscale testing of Funtouch OS 10 based on Android 10 is expected to be starting late August or early September. Head here for more details. 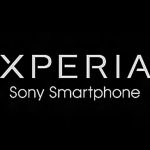