LG launched the LG G7 ThinQ in May 2018 powered by the then-new Android Oreo pre-installed. The device, being a top-line product from the Korean company, is guaranteed at least two major OS upgrades.

The first of them, Android Pie, is currently running the show on the handset while the second one, the much-awaited LG G7 ThinQ Android 10 update, is still in the beta testing stage since mid-February 2020.

When the device received a new Android 10 beta build with April patches early this month, we almost thought the stable update would roll out soon, probably this month. But to date, nothing so far despite the official Android 10 kernel sources going live not long ago.

And then came the March security update that only enabled VoWiFi calling in India, while retaining the base OS. Fast-forward to today, Verizon Wireless is also seeding a similar Pie-based update, only that it has the newest April 2020 security patch.

The update is arriving as version G710VM20g and being airborne, it may take some time before hitting all units. The fact that a Pie-based update is rolling out today also suggests that the LG G7 ThinQ Android 10 update may still be far, although it’s still expected this quarter.

For Sprint owners of the G7 ThinQ, the wait for Android 10 could take ages given that the device only received Android Pie in February 2020. On the brighter side, there is already a working LineageOS 17.1 build based on Android 10, albeit the unofficial version.

Also receiving a new security update from Verizon is the LG Stylo 5 whose OTA is arriving as version Q720VS10f and bundles the latest April patch. Similar to its counterpart, the update is staged, meaning some units will receive it ahead of others. 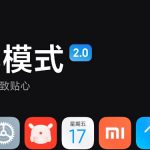