At this point, Android 10 is approaching its 6-month half-life, having been officially launched back in September of 2019. Many eligible devices from various phone makers have already been updated to this new build of Android.

New devices also come pre-installed with this version of Android so Android 10’s market share is only expected to rise. This is all expected. What is not expected however is that a flagship from 2018 is just now receiving an update to Android 9 Pie.

Users of the Sprint version of the LG G7 ThinQ, model number G710PM (Sprint) have been sitting on the same Android 8 Oreo that their device launched with, almost two years ago.

We first got wind of this update when the kernel source code went public a few days ago. From there it was only a matter of time before the official OTA hit relevant devices.

The update which weighs in at about 1400MB has been pretty well received by the users. Many are happy with the smoothness of the new system and its battery efficiency.

Overall everything seems faster, smoother, and more battery efficient. Not a lot of changes aside from gestures and notifications, but overall happy with the performance improvements that were much more significant than I expected.
Source

It is common for updates to hit the international/unlocked variants of devices before it is finally available for carrier devices. This is because, before the update is pushed to carrier devices, the carrier itself has to modify the update to suit their particular experience or incorporate its own fixes.

It is still unclear why it took Sprint this long to roll out last year’s Android 9 update to its LG G7 devices.

The non-carrier versions of LG G7 ThinQ are already in line for an update to Android 10. In this past week, we have seen Android 10 arriving to this device, albeit in Beta.

NOTE: We have these and many more LG-related stories in our dedicated LG section. Check it out for the very latest on all things LG. 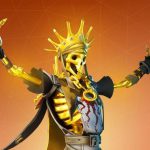 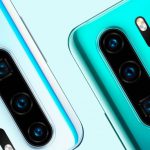