Motorola is now rolling out the stable Moto G7 Plus Android 10 update in its favorite smartphone market, Brazil.

The South American country gets the best treatment from Motorola, be it smartphone launches, software update soak tests and even first priority when it comes to receiving major Android OS updates.

We saw it with Android 10 updates for Moto One Action and even the soak test that first brought Android 10 beta to the Moto G7 Plus earlier this month.

It seems Motorola isn’t about to stop anytime soon as reports just coming in can confirm that the Motorola G7 Plus Android 10 update is now rolling out in the football-crazy nation, this time as a stable version.

The airborne update, apparently, started off on January 20 and will be ongoing for the next month. Whether this is only true for the Brazilian market or affects other markets as well remains to be seen, but the latter looks more likely than the former.

The update to Android 10 started on January 20, 2020, being released in stages. We expect all devices to receive the update by February 20, 2020.
Source

Again, the current rollout seems to be limited to Brazil and perhaps a few other Latin American markets, but it should come your way pretty soon. We will be here to bring you news on the same as and when we get the updates.

Reports coming in can confirm Android 10 is now rolling out to the G7 Plus in another South American country – Argentina. The software is arriving as version QPW30.61-21.

The official Android 10 kernel source code for the Moto G7 Plus has now been published on Github, something developers should relish. See the full details here.

Folks in Italy are now reporting that the new OS is arriving on their G7 Plus units as version QPW30.61-21.

Reports coming from South America’s Chile can confirm that the Android 10 update is now available for the Moto G7 Plus.

If you live in Mexico and use Telcel, the update to Android 10 is now available for your Moto G7 Plus unit. It installs software version QPW30.61-21.

Folks in Australia are also reporting that Android 10 is available for their G7 Plus units. The software version remains unchanged and so should the rest of the changelog.

Users in Canada are now receiving the Android 10 update for the G7 Plus. 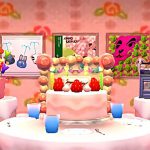