Multiple markets across the globe are receiving the new Samsung One UI 2.1 update on the Galaxy Note 10, Galaxy S10 and Galaxy Tab S6 devices, the latter tagging along Android 10 OS for the first time.

The Galaxy Tab S6 picked up the One UI 2.1 update late last week in Europe and is yet to arrive in the U.S. As for the Galaxy Note 10 and S10, the rollout started in Europe and quickly found its way to the U.S. unlocked models.

Shortly after, owners of the Galaxy Note 10 on Sprint and Verizon Wireless were dancing to the same tune as their European counterparts, with Samsung bundling the latest April 2020 security patch in the firmware alongside support for NavStar app.

Going by the latest developments, folks in Canada, TELUS to be more specific, are set to receive a new software update on their Galaxy S10 and Galaxy Note 10 devices on April 13, 2020.

Although the carrier doesn’t mention anything to do with the One UI 2.1 update, it’s likely that this is the firmware that actually brings the new software to the Canadian variants of the S10 and Note 10.

TELUS says device owners can expect the update to bring a new security patch, bug fixes, and optimizations. Just so you know, the security patch in question (April 2020) is part of the wider One UI 2.1 update rollout in other markets, so yeah, the April 13 OTA should bring One UI 2.1 in Canada.

We will update this post when the update begins rolling out, be it on TELUS or even other Canadian carriers.

One UI 2.1 update is now hitting the unlocked Galaxy Note 10 devices in Canada region along with the April security patch. The carrier-locked variants shouldn’t be far now.

The One UI 2.1 update is also now live on the Telus branded Galaxy S10. 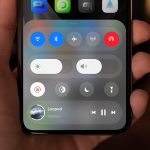