Samsung, which previously was not known for providing its user many customization options, came with the Good Lock application back in 2016. You can customize your phone via a variety of options like themes, UI tweaking, and etc.

In the course of time, it has been constantly upgraded and new features have been added with new Galaxy devices being launched by Samsung. And Good Lock has become one of the handiest customization apps for Galaxy users. Matter of fact, the Good Lock app has recently picked up the One UI 2.0 Android 10 support. However, for some reason, several users who received the Good Lock 2020 update said that Samsung NavStar wasn’t working for them.

Eventually, the March update was pushed by Samsung for the users bringing NavStar v2.0 (which is one of the modules of the Good Lock app) Android 10 support. But, this feature was still missing for some devices, including the Galaxy Note 10.

Later, it was expected that the NavStar app update for the Galaxy Note 10 will come with the April patch and the Samsung Korea community forums confirmed this piece of information. The image above, when translated, reveals that the Galaxy Note 10 requires an update to enable support for the NavStar which will be rolled out in April.

And if we go by latest user reports, a new update has been pushed by Samsung for the Galaxy Note 10 that not only brings the One UI 2.1 for the device, but also brings the support for the NavStar app.

As per one of the Galaxy Note 10 users, the new One UI 2.1 update has indeed enabled the NavStar app for the handset and you can go ahead and customize the navigation bar of the phone.

NavStar is finally working after the update!

Other users have also confirmed that this update has enabled the NavStar app for the Galaxy Note 10 series phones. You can check out their responses below:

If you are still not able to use the NavStar app on your Galaxy Note 10, we would advise you to check whether you are running the One UI 2.1 update or not by heading over to Settings to look for a new update. 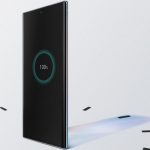