If you are an owner of a Samsung device and are into a bit of customization then, you probably might have heard of the Good Lock application which is available via the Galaxy App Store.

Samsung skin ditched TouchWiz UI and updated it with the OneUI after the launch of Android 9 Pie. And now, the latest iteration of OneUI i.e. OneUI 2.0 based on Android 10 has been pushed for quite a few Samsung devices.

Good Lock app is in existence since Android Marshmallow days and it became a handy customization app over the years for Samsung users. It brings in a lot of modding options like lock screen, notification panel, and the recent apps menu.

And in a recent development, a new update of the Good Lock app is now available for the stable versions of OneUI 2.0 (Android 10). In fact, the update brings in some new features for the Samsung device.

For instance, this new update fixes issues about the performance of the app, fixes Chinese translation error, brings fixes for the navigation bar and makes the scrolling smooth.

The new update carries version number V1.0.00.62 and weighs in around 2.55 MB in size. Below is the official changelog for the update:

NotiStar
-Fixed the issue that the phone performance has deteriorated after receiving notifications.

QuickStar
-Added the option to hide a location in the indicator area .
-Fixed the panel round issue after modifying the overlapping area between quick panel.
-Fixed Chinese translation errors.

NavStar
-Fixed the issue where the option of rotation button is not maintained after reboot.
-Fixed the navigation bar to be invisible if theme was not applied through the theme default setting

In fact, it was announced back in January in an official community post that a new update for the Good Lock app will be rolled out on February 3.

And the new update arrives right in time for the users. If you haven’t updated the Good Lock app to the latest version, head to the Galaxy App store and update it or download the APK file from the below section to experience the new features it tags along.

In fact, a bunch of other apps example, Edge Lighting, Device Care, One Hand Operation, etc has also been updated by Samsung to keep in line with the OneUI 2.0 (Android 10) update, which you can download from below:

And if you liked this post, do check out our dedicated Samsung section to read such similar stories surrounding Samsung smartphones and devices.

With the recent Good Lock 2020 update, users have reported that NavStar app is not working on various Samsung Galaxy models. However, according to an official post, Samsung has confirmed a new fix for the NavStar app will be arriving soon. You can read the whole story here.

A new Samsung NavStar update to version 2.0 is now available to download, with the most notable addition being the support for devices running Android 10 OS. See the full story here. 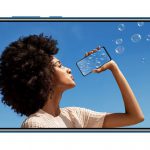