[NavStar updated with Android 10 support] Good Lock 2020: NavStar still not working? Here's when it likely will

We have reported earlier that Samsung’s customization application, Good Lock has got its 2020 update which now supports Galaxy devices with OneUI 2.0 (Android 10).

The update for Good Lock came with the version number V1.0.00.62 and brought in tons of new features and enhancements. However, one of the features, NavStar does not seem to be working for some users.

For naive, NavStar allows the user to get rid of the old boring navigation buttons and gives options to change them into food items, animals, weather icons, etc. Moreover, you can also change the background of the navigation bar, set the transparency of the buttons and make colors adaptive. There are quite a bunch of presets already available within the NavStar app.

Cut to now, according to user reports, among all the other apps budnled with the Good Lock 2020 update, only NavStar is not working on Samsung Galaxy devices. You can check out user reports below:

NavStar doesn’t work for me whike all the other (except Lockstar as well) do not work for me. (S10+, Android 10).

Anyone know why new navstar wont work on my s10+? I select a different navigation bar but nothing changes, even tried to restart. Anything I’m missing??

However, going back to the Good Lock update announcement made by Samsung on the Korean Community website, it was clearly mentioned that the NavStar update is delayed due to exceptional circumstances.

NaviStar
– Unfortunately, NaviStar has a late problem and will be looking for it a bit later.
– Please note that the menu may be displayed depending on the SW update of the terminal. (Sequential progress)
– Implemented navigation hide feature that was deleted by policy.

Moreover, yesterday in an official post on the Samsung Korean community platform, it is announced that the NavStar bugfix update is expected to be rolled out at the end of March.

For your convenience, we have converted the above-highlighted text into English from Korean, below:

So, as per the above announcement, NavStar should start working after the update in March. Till then we will keep you in the loop till we have more information in this regard.

Lockstar which was not updated along with all the other modules of Good Lock is now expected to get the update on February 13. This was confirmed in a post on the Samsung Korean community platform. NavStar has a new update to version 2.0 that likely addresses this issue alongside the added support for Android 10 devices. See the full story here. 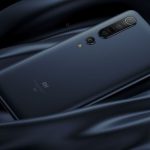 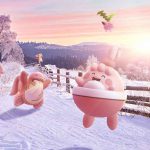