Samsung’s One UI 2 skin has received a lot of accolades from both users and critics. It is probably the first Android skin that even Android purists wouldn’t mind daily-driving. And that should say a lot about just how matured Samsung’s skin on Android has become.

In a bid to further refine this skin, Samsung has been pushing out an updated version of the same, One UI 2.1 to a number of eligible devices like the Galaxy Tab S6. There’s been a lot of back-and-forth about the eligibility of some other devices but that is beside the point.

The Samsung Galaxy Note 10, one of Samsung’s Galaxy Note 10 devices launched last year is definitely in line for the new update. We have seen the device, along with the Galaxy S10, receiving the update to One UI 2.1 update in various regions, most recently in Europe.

It appears as though Samsung is rolling out the same update in more and more regions. Now, the same update has been spotted for the Verizon version of the Samsung Galaxy Note 10.

Users of the Sprint variant of the Galaxy Note 10 have also reported receiving the One UI 2.1 update. This update has been spotted on the SM-N975U model. However, there seems to be nothing for US Unlocked version of this device.

While this is an OTA and users should have been notified once the update was available for download on their devices, you might want to manually check for updates on your device because users who have received this update had to check manually. 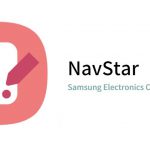