The open-source nature of the Android operating system is one of the best things considering the customization point of view. You can throw in a custom ROM and enjoy the latest operating system even if your phone is not eligible.

You can even install modded apps, and tweak the system settings as per your needs. All these require administrative privileges, which you can get after rooting your phone.

And if you also happen to be into customization, rooting, and stuff, then you might already know that one of the most popular and most used custom ROMs, the official LineageOS 17.1, is out for many smartphones.

LineageOS custom ROM grants tons of customization, security, privacy, and developer features that you a user can tweak on their Android device. And as per a recent report, the official LineageOS 17.1 has extended its support for a new batch of phones.

Notably, the Realme 2 Pro, Samsung Galaxy Note 9, Galaxy S9 and S9 Plus are getting the official LineageOS 17.1 support. And why does this official version is important? It is because unlike the unofficial one, you will now get regular OTA updates when pushed by your OEM.

When the official LineageOS 17.1 was released, it did not include the Galaxy S9 and Note 9, but now, it is available for both the devices. And if you also want to install the LineageOS 17.1 custom ROM and get that clean Pixel like look along with some added features, then you can download the custom ROM file from below:

We would like to remind our PiunikaWeb readers, that the Android 10 update is already out for the Galaxy S9/S9 Plus and Galaxy Note 9.

And on the other hand, the Realme 2 Pro, which was launched in 2018 with Android 8.1 Oreo out of the box, as per the official roadmap, is expected to pick up the stable Android 10 (Realme UI) update in June 2020.

But, for those who would like to have root access as well as the latest Android 10 features on their phones, then they can grab their copy of the official LineageOS 17.1 from the above section and flash it on their respective devices. 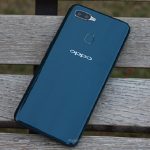