Since then, Motorola has fallen into tough times in this unforgiving smartphone industry that has laid claim to way too many casualties. But Motorola chugs on, releasing rather capable and appealing devices.

Two of its current devices are the Motorola Moto Z3 Play and the Moto G8 Plus. These devices were unveiled back in June 2018 and October 2019 respectively and currently, both run on Android 9 Pie. Users have been on edge as to when these devices are likely to get updated to Android 10.

Thanks to Masmotorola, we get a little clue as to when Motorola is planning to roll out this eagerly awaited update to some of Motorola’s most popular smartphones in the market today.

It is interesting that the Moto G6 would get mentioned here. This is because traditionally, Moto G series aren’t given more than one OS update. That said, for those of you hopeful, you might want to tame your expectations on this one because it’s less likely that Motorola will change its trend for a single device.

All things considered, Motorola is doing a relatively good job. The Motorola Z3 Play recently bagged the March 2020 Android security patch update. Moto G7 Plus already been updated to Android 10 while the Moto G7 base variant expected the update somewhere in Q2, 2020(Now confirmed to be July).

We shall keep an eye on this story and update as, and when these updates roll out. Keep tabs with our dedicated Motorola section for the very latest on this.

The Android 10 update for the Motorola G8 plus seems far as the device picks up a new security update. Head here for more coverage.

The Android 10 update for the Moto G8 Plus is unlikely as support says the device not eligible for the update. Head here for more coverage. 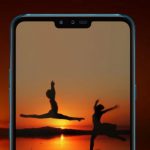 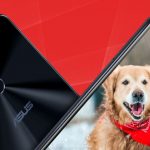