This sudden change didn’t sit well with many owners of the Moto G4 Plus, who went on to demand that Motorola sticks to its earlier plans of upgrading the device to Oreo. This is despite Motorola insisting that it was a genuine mistake including the G4 Plus in the Oreo update roadmap.

The company had no choice but to cave in, promising to push what would go on to be the second major OS upgrade for the device, quite a rarity in the Moto G family.

Matter of fact, Motorola had the following to say back then:

Since the time of posting this, we have learned of some errors in our marketing materials around Android O upgrades for moto g4 Plus. It’s our general practice for the moto g family to get one major OS upgrade per device, so it wasn’t originally planned for Android O.
Source

There you have it! It’s Motorola’s general practice to push only one OS upgrade to devices in the Moto G series. True to this, no Moto G device since the G4 Plus has received two OS upgrades and this isn’t about to change anytime soon, not even for the capable Moto G6 Plus.

Having launched pre-installed with Android Oreo, the Moto G6 Plus Android 10 update would be its second OS upgrade. But going by what we already know about the Moto G family and software updates, this is a farfetched dream.

When asked about the possibilities of the Moto G6 Plus Android 10 update being released, a Motorola support rep., citing the inevitable, said it won’t be happening.

Your moto g6 plus was launched in 2018, with Android 8 and the only operating system update that was planned for this product, was already made in February 2019 towards Android 9.

The above statement is a translation from the screenshot below shared by a concerned Moto G6 Plus owner who had hoped for the device to be upgraded to Android 10.

If you had the same dreams, sorry to be the bearer of bad news, it won’t be happening, at least not officially. 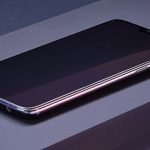