The OPPO F11 Pro has now clocked a year since its launch in March 2019. The device arrived with the then much-hyped pop-up selfie camera to ensure the massive 6.53-inch screen ended up with an impressive ~84.4% screen-to-body ratio.

The device, like many others from the company, is currently testing the next iteration of the inhouse ColorOS skin. Dubbed ColorOS 7, this version comes with Android 10 as the base operating system.

Folks in India have had access to the ColorOS 7 beta program on their OPPO F11 Pro units since mid-February 2020 and not long ago, the company opened the doors to the second batch for 25,000 more users of not just the F11 Pro, but also the standard F11 and the A9 as well.

By opening up the ColorOS 7 beta update to more F11 Pro owners, it signals the imminent release of the stable version of the OS. At the moment, though, no one has a specific date as to when the OTA will begin rolling out.

According to OPPO India support, the next ColorOS update the F11 Pro receives will enable support for VoWiFi (WiFi calling) in the Asian sub-continent.

Although not specific, it’s likely to be the ColorOS 7 update that’ll bring VoWiFi to the F11 Pro, at least going by the latest developments.

VoWifi calling option has been enabled for the Oppo F11 and the Oppo F11 Pro via the April secuirty patch. Head here for more details. 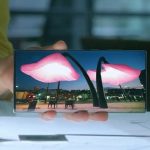