OPPO promised to deliver the RX17 Pro ColorOS 7 update based on Android 10 beta on March 27. On this day, this same update was also promised for the OPPO Reno2 F.

While the latter has since received the promised ColorOS 7 beta update, we haven’t bumped into actual reports from owners of the RX17 Pro who have received the beta update three days later.

As you would expect, owners of the device are now asking questions regarding the availability of the firmware on Twitter, indeed implying that the software isn’t available as promised.

@colorosglobal excuse me, I would have liked to know when the update of the Oppo RX17 pro arrives? ??
Source

The lack of reports from actual RX17 Pro owners on whether they’ve received the OTA update to Android 10 beta suggests the rollout might have been delayed, but the ColorOS global team says otherwise.

While responding to a concerned device owner of the device on Twitter, the company revealed that the RX17 Pro ColorOS 7 update is available for download for the first batch.

Hi, the first batch of ColorOS 7 trial version for this model has been released. The next version will be better than the previous ones, since we are constantly working on improving the system based on the feedback of our users. Thank you very much for your patience and support!

At this point, it’s unclear if indeed the software has been released or not, but going by what support says, we can assume only a small number of OPPO RX17 Pro units out there have picked up the ColorOS 7 beta package.

We will keep up with this story and let you know the actual happenings behind the scenes once we have the full details with us. Stay tuned to PiunikaWeb. 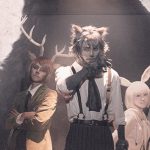