Smartphone technology has evolved and a bezel-less smartphone, which was once considered as a dream, has become a reality. Though this has let us achieve the all-screen design, one problem that it is given rise is where to put the notification LED?

Now smartphones that came out around 2 years back, had a dedicated forehead and chin that allowed the smartphone manufacturers to house the camera and notification module in place.

Notched displays could be seen as a solution to the issue, but smartphone users have divided preferences over, using a notched phone and a notch-less phone.

On the other hand, along with the smartphone technology, mobile displays have also evolved and now we are seeing OEMs using the OLED panels that, not only is battery efficient but also gives out gorgeous colors.

Taking this into consideration, Realme has a better and ingenious solution called Screen light effects, that lights up the screen whenever the user receives a notification or call.

Moreover, this feature was slated to arrive on the company’s notchless, Realme X smartphone along with the Realme UI (Android 10) update but, due to some reasons, it wasn’t added.

But, Realme did not leave its users hanging to this question and came with a quick response that the Screen Lights Effect will be added to the Realme X, in a future OTA. However, it was not clear as to when this ‘future OTA’ will roll out? A lot of Realme X users took to Twitter and asked questions regarding what was the reason behind not adding the Screen Light Effects feature to the device with the Realme UI update and when the update containing this notification feature will be pushed for the Realme X?

Fortunately, there is some concrete information on this matter straight from the Realme India CEO, Madhav Seth.

In a recent AskMadhav Episode 16, Seth stated that the Screen Lights Effect was not added on the Realme X with Realme UI (Android 10) update due to some bugs and it will be coming in April via OTA update.

Check out the video below:

Now, this gives the users a breather as they are now certain that the Screen Light Effects feature will definitely arrive on their Realme X units in the month of April. So, stay tuned for the update!

The update is way ahead of its scheduled time and is now rolling out for the users. It brings the Screenlight effect along with the March security patchset. Read the whole story here. 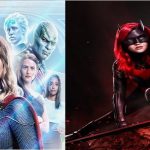 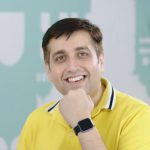