It is safe to say that OnePlus 7 Pro is still, arguably one of the best value-for-money devices that a user can purchase. However, the early units of the device fell prey to the ghost touch issue which was reported by several users just after the day-one patch.

OnePlus was also quick to react to this situation and acknowledged this phantom touch issues that surfaced on the OnePlus 7 Pro units after the update, as it caused many of the users to hold off their purchases.

Moreover, a company suggested workaround for this issue was to “turn off the NFC toggle in the Quick Setting/Notification Bar.” As this fix did not work for most of the users or was temporary, they were expecting a bugfix patch for this issue.

Following this, OnePlus started rolling out a new update in China for the HydrogenOS powered OnePlus 7 Pro for fixing the ghost touch issue.

A day later, the global units of the device also were served with a new OxygenOS 9.5.7 update that brought in several bug fixes along with the fix for ghost touch (phantom touch).

But as per a new report by one of the OnePlus 7 Pro users on Reddit, this ghost touch issue is still prevailing in some of the units, even after a few bugfix updates and is troubling users till date.

My OnePlus 7 Pro touching itself

The Redditor in fact also attached a video that shows the severe ghost touch issues on the device. Check out for yourself:

By the looks of it, it seems that no fix has been able to solve the ghost touch (phantom touch) issue for some of the users and it is high time for OnePlus to take some strong steps in fixing this issue, once and for all.

We will keep you in the loop until some new information comes out in this regard. 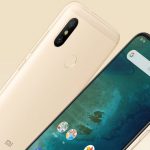