AnimeJapan 2020, the largest anime convention in Japan, was canceled due to the increasing threat level of COVID-19. The cancellation of the event affected almost 200 companies, some of which had anticipated announcements. Among them is the announcement of the Bleach 20th-anniversary project by Tite Kubo.

Over the years, countless Bleach fans had anticipated any activity regarding this beloved manga and anime. This is most especially true regarding the anime adaptation of Bleach: Thousand-Year Blood War.

Bleach follows the story of a teenage boy named Kurosaki Ichigo who obtained a Soul Reaper powers from Rukiya in order to save his family from a hollow attack. With his new powers, he is forced to take on the duties of a Soul Reaper, which includes defeating hollows and guiding the spirits of the deceased to the Soul Society.

The biggest challenge for Ichigo and the other Soul Reapers was to defeat a group of powerful top-tier Arrancars led by Aizen. With the help of his father, who is also a Soul Reaper, Ichigo managed to defeat Aizen. In exchange, however, Ichigo lost all his Soul Reaper powers.

Sometime later, he regained his powers with the help of his friends. The anime only lasted to this point. However, the manga had one final arc which was never adapted called Bleach: Thousand-year Blood War. Bleach 20th-anniversary projects were supposed to be announced an the AnimeJapan 2020 convention on March 21, 2020. But because of the cancelation of the event, the announcement will be made online on the same date through Shonen Jump’s official Youtube channel.

Many fans anticipate the announcement of the anime adaptation of Bleach: Thousand-year Blood War. The online streaming will start at 9:45 a.m. on March 21 (Saturday) JST.

Bleach manga was written by Tite Kubo and was serialized in the Weekly Shonen Jump from August 2001 until August 2016. The animated TV series adaptation ran from 2004 to 2012. It has four full-feature animated films and one Live-action adaptation movie which was released in 2018.

Bleach manga sold over 90 million copies in Japan and is among the top 20 best-selling manga of all time. 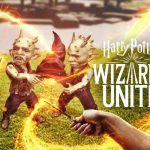 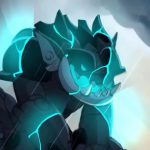