Devices are regularly receiving the monthly security patches. These updates go a great length towards improving device security. Furthermore, some of these updates also fix bugs and bring about system stability.

Recently, Galaxy Note 9 received support for LineageOS 17.1 (Android 10). And now the device is getting the March security patch as well. Having the version number N960FXXS5DTB6/N960FOXM5DTBB/ N960FXXS5DTB6, the size of the update is 125MB.

Next up, the Galaxy Note 10+ 5G (T-Mobile) is also receiving the March’s security patch. The update’s version number is N976USQU1ATB7/ N976UOYN1ATB7/ N976USQU1ATB7 and weighs around 292MB in size. The update follows the Samsung Galaxy A50s and Galaxy M20, both of which have recently received the said update.

Redmi Y3 is receiving the security patch for the month of February. The update also improves system stability. The version number is MIUI v11.0.8.0.PFFINXM and it weighs around half a GB in size (524MB to be precise).

You could download the said build from the below link.

The February security patch update has also landed on the Redmi 6 Pro. The stable update comes with the version MIUI V11.0.6.0.PDMMIXM and weighs around 360MB. Apart from upgrading the security, the update improves system security as well.

February update for Redmi 6 Pro could be downloaded from the below link.

Recently Redmi 7A and Redmi 8A received the February security patch update. And now, the Redmi 8A Dual Indian variant is also getting the said update. With the V11.0.5.0.PCQINXM version number, the Pie-based update weighs around 1.8GB.

Rounding off, these were some of the devices from Samsung and Redmi that are receiving the February/March security patch updates. 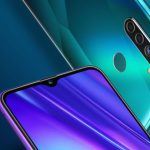